Last weekend George and I said goodbye to Charlie, our spunky wee friend who we have been looking after. We are now at my mothers, getting back into routine and back into my usual work schedule. 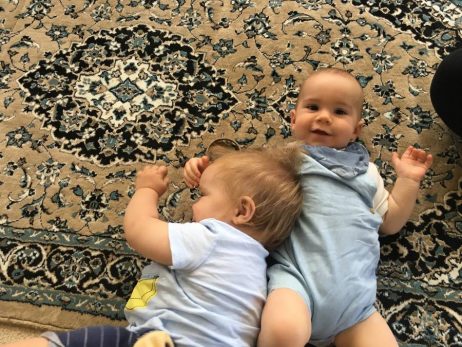 Feeling totally exhausted with George waking for an extra feed in the night and transitioning him into a sleeping bag, we arrived at my mothers ready to settle and enable George to be in one bedroom for more than a week!  Over the past few weeks George has moved rooms 7 times, the little trouper has coped well, still self settling and going to bed easily but waking more often with all the change and two more teeth on their way! 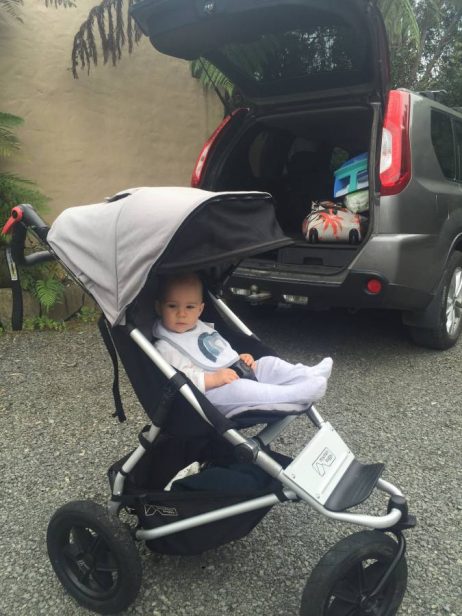 I thought that arriving here I would start resettling instead of feeding him in the night straight away but after 1 settle, bending over the porta cot, I decided that it was going to be hopeless. I have two sore wrists and not a great lower back, so bending over to pick up George or to settle him in the cot was going to be a disaster!  I realized also that I have a wonderful Nature Baby cot mattress for him at home and if we were going to spend the next few months over here (on and off), then I really should get him back into a cot with a good mattress and not the foam Porta Cot one.  He is moving around the cot, much like me as a baby, twisting and wriggling and often ending up facing the other way. When you are a wriggler you need space and so with the combination of moving him to the sleeping bag when it was very hot and enabling him to bite down on his cuddly with his sore gums, this realization is going to be the best thing for us both. 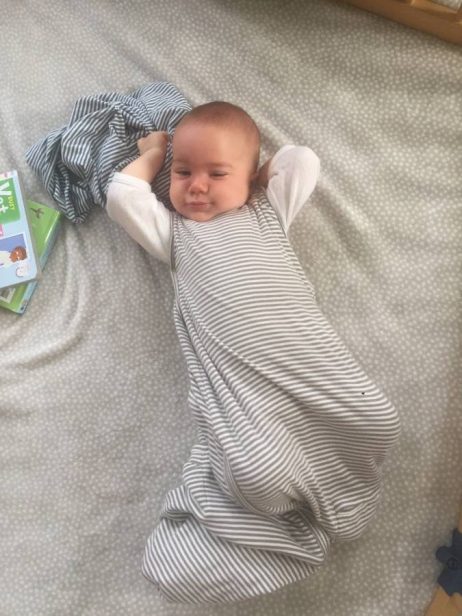 George is so long and lean and he is eating well but not huge amounts suddenly. Knowing what I advise my clients to do in the same situation, it is time to drop the night feed, particularly if before 2am and get back to my lovely long 8+ hours stretch at night.  I have started him on some more carbohydrates, purple kumara, millet and oats, alongside his added protein of quinoa and chicken.  He has been having very healthy bowel motions, 2-3 x a day and sometimes (with teething) 4, so I know I am ready to increase some foods to help sustain him for longer periods at night.  When you have to increase a night feed it very quickly becomes a habit and for the past 3 nights he has woken bang on the same time every night, a classic sign it is habit not hunger.  Before I started the job early January, he was waking just once, sometimes sleeping through, but that was when I was able to concentrate on his feeding, breastfeeding in quieter and non-stimulating environments. When you have a visual baby who sacrifices food for entertainment, they can become ‘nocturnal feeders’ very quickly, catching up on what they don’t have in the day at night.  Lucky for me I know where to go and how to do it, it is just making sure I have ticked all the boxes before I guide him back into sleeping for longer.

Apart from sleeping, he is developing so fast, the backwards crawl is now happening every time he is on the floor, often accompanied by grizzles of frustration, his body not taking him the direction he wants to go. Lucky for us, mum has a large lounge space and very few hazards around!

It is just G and I this week with mum and her partner busy working so our life has gone from busy and constant noise to incredibly quiet! The views our the windows do keep G amuses, ponga and flax bushes blowing in the wind, 20 odd quail and several rabbits for him to watch. I can sit him in mum’s highchair at the window and he leans forward to look out the window at the birds and rabbits eating seeds that mum and Doug feed them. A small child’s paradise. 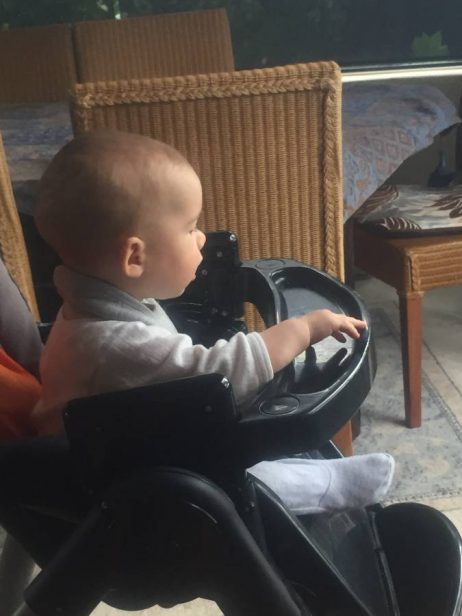 We are practicing sitting, propping him up with cushions or sitting him in-between my legs while touching and tasting his toys.

His latest love is the native birds soft toys that make their real sound when squeezed!

His talking has progressed incredibly quickly too, starting with the “mum mum mum” sounds, then the “ba ba bab” sounds, then “Nan nan a” sound and his latest, “da da da”. Funny enough his “Nana” sound started at the same time we arrived to stay with my mum, so she is pretty pleased her 6.5 months Grandson is saying “Nana”!! With looking after Charlie, there was a lot more talking and singing and sounds for George to listen to.

This week, getting back into consulting, one home visit and the rest Skype/phone consults, I have had even more empathy for those needing guidance with getting their babies into better routines and sleeping habits after being away over the summer break… next blog I hope to tell you that it was all a success and I am a more rested working mother whom might even get a massage (belated birthday present) when mum has a day off and I get a moment to myself.   I know it is every mothers wish to have just 30 to 60 min’s once and while to themselves!  Just walking in the outdoors though is good for us all too.

And the teeth just keep coming!
Scroll to top