A catch up on what has been happening with George and Little Miracles!

2019 is shaping up to be a very busy year already!  George is all go, the delightful 18mth old has taken that next leap into activeness and is keeping me on my toes! 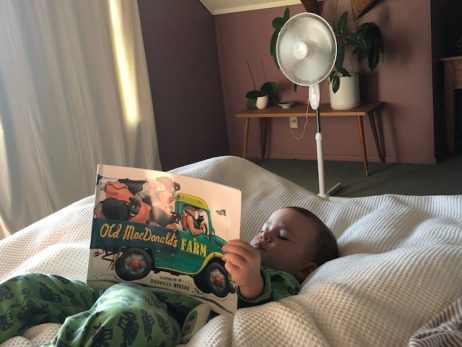 His personality is really shining through and with that we are seeing a cheeky character, one who quite like to play a game.  For example, for quite some time now he has been able to say “Nana” but then about 8 weeks ago, the top 3 people who look after him all became ‘mum’!  So recently with work being very busy, my mum has had him a couple of times and he calls out loudly “mum”, Nana responding with, “Nana, not mum!” and he smiles or does this cheeky look and yells even louder “mum”.  So, it has become a game now. 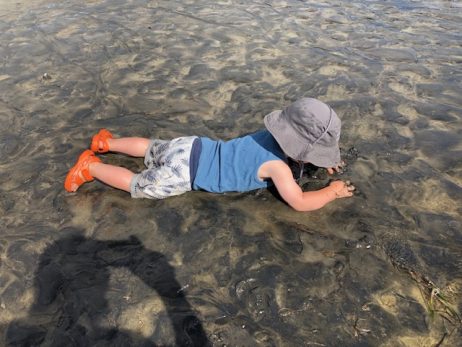 Along with this teasing of names has come the ‘running off’ phase that some toddlers like to do. The experiment of their own choices and waiting to see your reaction and which very quickly can become a game to them.  Accidentally you can turn this stage into a game and habit and every time he gets free or loose as such, they look at you and run, totally unaware of the consequences of danger when near roads and cars. 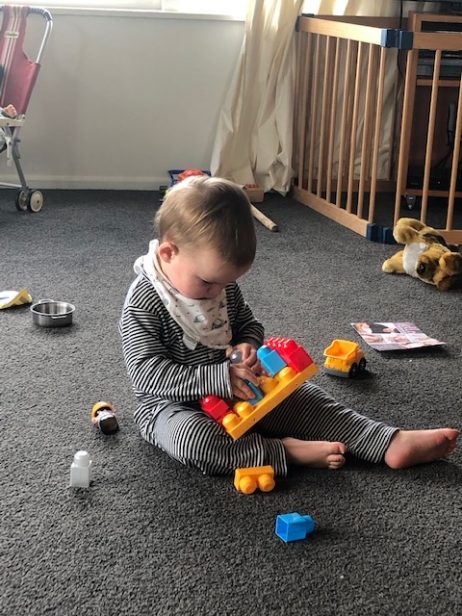 My mission at the moment (after he has been with his Nana while I was away working) has been to start installing into him the difference between a footpath where he doesn’t have to hold my hand and the road.  He is very slowly learning but there has to be a good distraction and encouragement of something exciting enough to help him to listen.  It is very easy to become chasers and to run after them all the time which quickly turns this sort of thing into a habit and they respond to what they see as a game, it is all about reaction, positive or negative.  I have started also using the word ‘Stop’ instead of ‘No’ all the time, making the difference between movement and wanting him to stop rather than not wanting him to touch something.  Because his level of understanding is fantastic and his ability to follow instruction too, I made the decision to really focus on this now, practicing on our walks, doing so on quieter streets where there are limited amounts of cars pulling out of driveways or on the beach and at the park in open spaces. 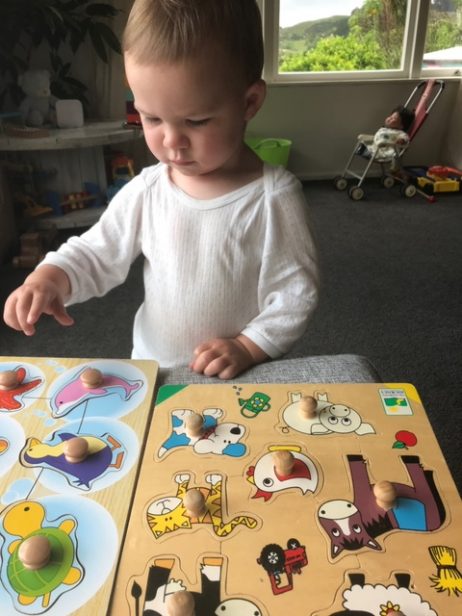 He is a real parrot right now, saying new words like cracker, hose, ham and moon and he is pretty much trying most things I try him with!

After a break of about 6-8 weeks, we are back in a teething phase, this time the top canine’s and 1st of his upper molars are coming through.  Unlike the other phases however, his appetite has not changed, in fact he is eating a huge amount, the variety is wonderful and he is happy to try new things.  This is all in conjunction with this next level of physical capabilities, activeness and physical growth.

Another change that is occurring is some resistance when I leave the room at bedtime. The sensitivity of his personality, with teething, with this latest developmental change and being looked after by family while I travelled for work, he started having a few a tear’s and saying “mumma” when I have gone to leave the room.  He has not cried about going to bed since he was a small baby and even then, it was not a regular thing, only when teething or hungry and so this is new territory for us as mother and child but luckily not me as Sharlene Poole!  So, when we were away last week I did not leave him to complain or cry for long but when we got home and after a night to settle in, I have had to go into work mode.  I checked his routine again, his physical tiredness, story time before bed, amount of milk and so forth.  One thing that had changed was his story wind down time.  With his love of books, we have often been reading so much in the afternoon or during the day that after bath time, he has been having so much fun in the warmth, playing until his bottle time and then cuddles and bed.   So tonight, I went back to the classic basic, reading 2 stories before bed.  Even if we have read so many books in the day, he just loves them and it really was me who was a little bored of the same books or distracted by watering the garden!  So off to library from some different books to add to the favourites and back to basics!  He settled after a 30sec complaint tonight, really it was just a habit before he realized he didn’t need to!

It is the next day now and a funny development on his settling!  When I went to put him down at lunch time and then again tonight, he sits up, starts the sound like he’s is about to cry but I looked at his face and it was such a Hollywood… so as he was starting it, I just said “Oh don’t be ridiculous, what a load of hogwash”… with a smile on my face, I looked at him and said good night again before leaving the room!  And all was/is quiet as I sit here typing tonight.

For me this year has started of very busy with work, a good mix of ages of babies and questions from parents, 4-12-month-old routines and sleeping issues at night, early morning wakings with 8-month old’s and toddlers, bottle introduction for a mum going back to work and some behaviour questions!   The age ranges and diversity of problems keeps my enjoyment of my job!  I’m also on deadline for book number 2, so balancing work, George, garden/house and writing is a real challenge at the moment! Nothing like cramming my life full to the brim… roll on March when I will hopefully line Mum up for a few days babysitting and I will look forward to reading a book and having a few days off, ready for the rest of the year and what that is going to bring.

Summer months are always busy but a lot of fun when you have a toddler or older aged children and so enjoy these last months of summer and I will be in touch after deadline! 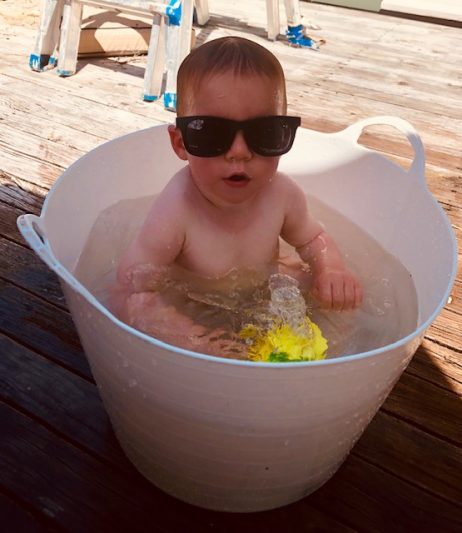